I hope y’all can see the embedded tweets peppered throughout this post.

I have no intention of seeing The Phantom Thread, which looks like a purely visual exercise in Oscarbaitery, but I loved this New Yorker article by Helen Rosner which describes not only the film’s preoccupation with food sounds and textures, but delves into the ways cooking and eating can play out the central power dynamic.

“Taking on the responsibility of feeding someone, or affecting the way he feeds himself, can be warfare, a game of power and control. Anderson’s film is about the entwined ways in which people care for and harm one another, the navigation of competing desires and appetites, which all relationships are fuelled by. As a dress designer, Reynolds can effortlessly take charge of Alma’s body…. But, in the realm of food, Alma sees a chance to seize the advantage.”

Tom Philpott at Mother Jones picked up what Rosner was putting down and interviewed her about food in a few other nominees for Best Picture.

Speaking of movies, I loved Black Panther SO MUCH. Here’s Nnedi Okorafor, author of some of the recent Blank Panther comic books, on The Tasty talking about what kind of food Wakandans might eat.

Speaking of Okorafor; she’s also the author of the Binti series I’ve been reading. She tweeted these cookies inspired by one of the series characters:

They had Okwu-themed cookies at my event last night at Virginia Tech. 😃 #Binti #AliensOnCookies pic.twitter.com/aZxLh5JG7d 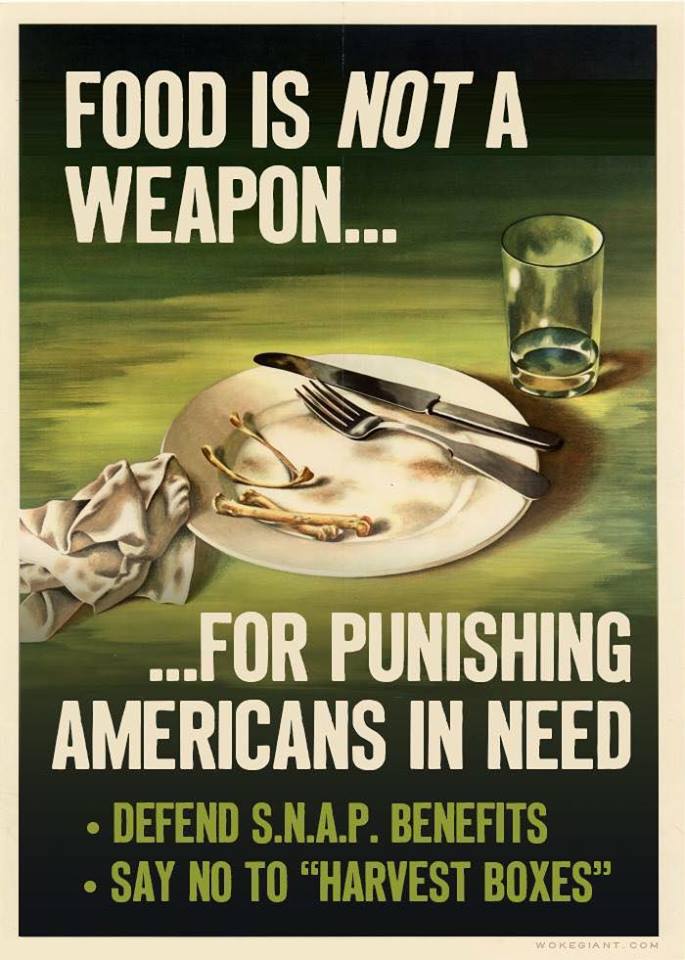 If you prefer a heartwrenching personal narrative over a vintage poster, though, ESTABLISHMENT Editor-at-Large Ijeoma Oluo is here to tell you why Poor People Deserve to Taste Something Other Than Shame.

At Taste, by Mari Uyehara: The Pickled Cucumbers That Survived the AIDS Epidemic

At Catapult, a beautiful comic by Shing Yin Khor about food as a love language, and learning to speak it to yourself.

I’ve written periodically about food in video games, but I had not imagined a tabletop game about eating.

Just a nod to the good work Roxane Gay is always doing out there to support other writers: in this case, for fat writers.

My social media usage dropped sharply when I took a job with a social media component, but to be honest, I missed it. Why wouldn’t I, when Twitter brings me so many ways to talk about grapes in Elizabeth Gaskell’s North and South? (Click through to see another Twitterpal drop some knowledge about grape-growing practices in 19th century England.)

John Thornton brings Margaret's sick mum some hothouse grapes in North and South, which I assumed was him showing off because expensive, though also nutritious and convenient. So that's my 1855 data point.

Saw this on Valentine’s Day, naturally:

I don’t know who made this but I’ve been laughing for 10 minutes. pic.twitter.com/vwzAFMtGrD

Because it’s been making its way around Twitter again: here is a list of fonts used on a bottle of Sriracha.