Apropos of our nostalgic stroll among the art and culture of the mid-20th century (where we got up close with Thiebaud), a friend reminded me that Philly was host to the world’s first automat. An automat was like a self-service diner, where eaters on the go in the age before fast food could drop a nickel in a vending machine and get a hot meal. The one on Chestnut Street is from 1902 (!!) but I associate automats with a later era, thinking of Edward Hopper’s painting, or that scene from Just Kids when Allen Ginsburg mistakes Patti Smith for a boy and lends her a dime for the automat.

If you grew up with the awesome 80s series Buy Me That and marvelled at the scoops of Crisco masquerading as ice cream or glued-together burgers, you’re going to love this Lucky Peach interview with food stylist Delores Custer.

I appreciated this post from a registered dietitian who makes a case for the importance of enjoyment in good nutrition.  She also explains how medical nutrition therapy is different from trying to use food as a curative or preventative, which won’t work.

Jstor Daily has a cute roundup of whimsically named foods–toad in a hole, pigs in a blanket, etc.), but the post will be particularly rich for anyone who has a Jstor account, since it links up to a handful of scholarly articles about food and language.

NPR rounded up all their food-in-Shakespeare posts in honor of the Bard’s birthday. They cover murder, famine, sex, banquets, and double entendres, but don’t forget that Shakespeare wrote some great food-based insults too.

I don’t follow Game of Thrones but I can still enjoy these pretty pictures of GoT-inspired meals at Geek Plate.

I was delighted that folks seemed to enjoy the roundup of short food films earlier this month, but I regret that I hadn’t seen Gus Filgate’s Last Suppers series at the time. Filgate researches the last meal eaten by notable people–Jimi Hendrix and Napolean Bonaparte are two examples–and films the production of said meals with My favorite is the last supper of Julius Caesar: it’s a little longer and simply gorgeous, with time-lapse searing of shrimp and tomatoes, cream billowing into a dish of mussels, and parsley fluttering like confetti to a groovy hiphop fusion beat. Caesar’s meal seems to have a lot more pieces than the others, and reminds one of all the labor involved in making a meal fit for an emperor. 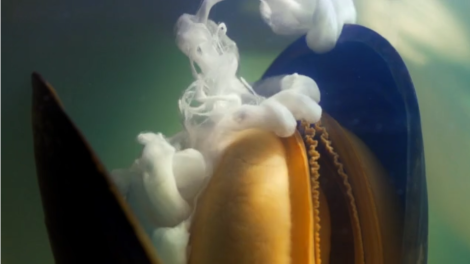 I can’t embed the video but you should check it out. You can also read about a few of the special effects devices built to carry off this dramatic meal.