Unexpectedly, this cocktail recipe collection compiled by a Prohibition-era doctor may provide you with your signature winter cocktail this season:

[Ice kummel] was made by taking a hot, supersaturated sugar solution and letting it slowly cool in a bottle. Delicate sugar crystals crawl up the sides of the glass. Then you pour liquor in the bottle. “The whole thing looks rimmed with frost. It’s a really beautiful presentation that has almost entirely died away,” Rowley told NPR’s Ari Shapiro, host of All Things Considered.

Bon Appetit asks why “desperation pies” are making a comeback. Desperation or make-do pie is usually a pie made of household staples instead of seasonal fruits, such as the vinegar pie recipe that was making the rounds on my social media feeds a few months ago. I didn’t save that link because I clicked through and saw that vinegar pie was pretty much chess pie, a Southern specialty I ate as a kid and recently started making for holidays as an adult. (“What’s in it?” ask dubious guests. “Butter,” I state with glee.)  Such pies emerged from the culinary landscape of rural America where dairy was plentiful but fresh fruit sometimes scarce, but now they are showing up on high-end restaurant menus as exotic attractions.

At Quartz, a delightfully snippy takedown of Brooklyn-based Mast Brothers chocolate. Cattiness aside, though, this piece dramatizes some of implications of our present cultural emphasis on products made with craft and passion. Phrases like “artisanal” and “bean to bar” raise a product’s value for consumers, but the actual practices raise the cost of production too. The criticism of Mast Brothers is that they may be cashing in on the artisanal branding while selling a product that’s less than premium quality:

In the chocolate community, the suspicions of remelting began early. The Mast Brothers’ original bars had a taste and texture that was too much like the palate-friendly kind available at the drug store to be truly “bean to bar,” Scott explains in his first post. Bean-to-bar chocolate has a distinctive taste that, like wine, ties it to its origin, and craft chocolate makers use minimal processing to retain that taste.

Grist breaks down some of the different ways a food may be considered GMO, a slippery designation that makes it difficult to outlaw certain problematic practices without inhibiting productive ones.

TIL that you can use air-popped popcorn as a packing material. I wish I’d known this before I sent off my Christmas packages! 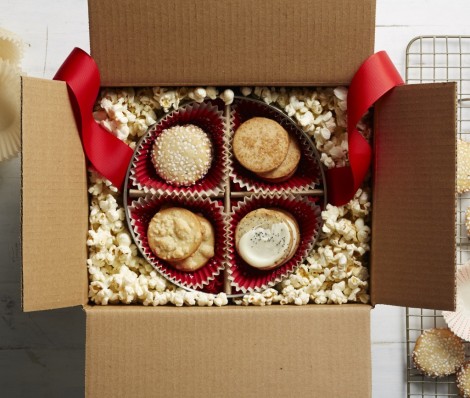 I’m surprised to learn that I’m supposedly too old for pre-gaming, but I enjoyed the nostalgic glow of this article anyway–particularly the allusion to “communal armoring.” My peer group, mostly women in their late twenties to mid thirties, will gather at someone’s house (often mine!) to inculcate ourselves for a night out with a few drinks and a lot of laughter. It’s not about getting dressed together and it’s only partly to sidestep expensive bar tabs; it’s just that at a certain point in your life, it gets difficult to plunge into mass of dancers–or onto an empty dance floor, if we start out early–without a protective veneer of pre-intoxication and camaraderie.